Noise Of Our Time 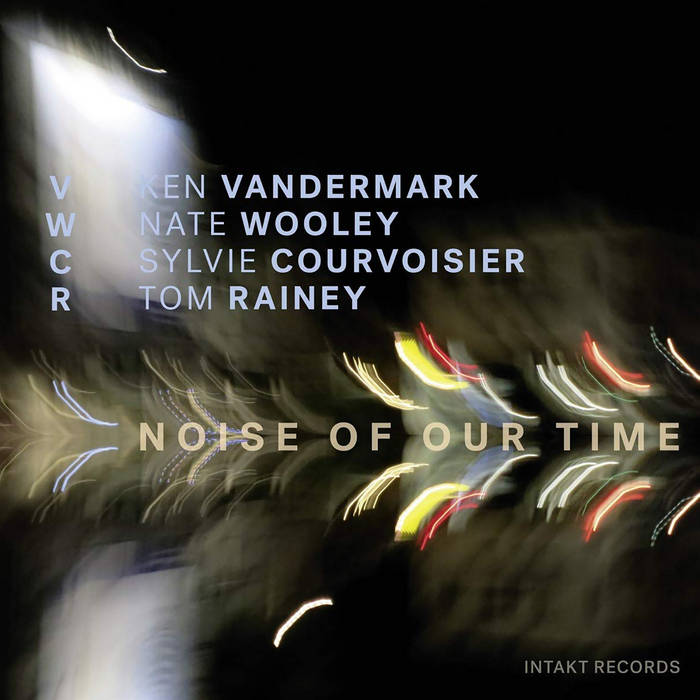 It was only during Ken Vandermark's residency at the Jazz club The Stone in January 2016 that Vandermark found himself in the same vicinity as Nate Wooley, Sylvie Courvoisier and Tom Rainey. A year later they went into the studio with nine compositions – three each by Courvoisier, Vandermark and Wooley.

These four musicians have well-documented, distinct personalities which, in this context, results in performances full of surprises, rich contrasts and shared responsibilities. The music sounds thoughtful, but never over-wrought. They play by intuition, yet retain a vivid complexity. Their composing is transparent and unclichéd; their improvising provided with a remarkable coherence and openness. And perhaps it is exactly this – a fresh collective unity that keeps their respective personalities and idiosyncrasies intact – that brings them success in this bold and collaborative performance. Art needs to pique and renew your interest, take you on inspiring and surprising journeys and sometimes even confront your own biases. Creating, not reviving as a way to evolve and to keep going forward in all directions.