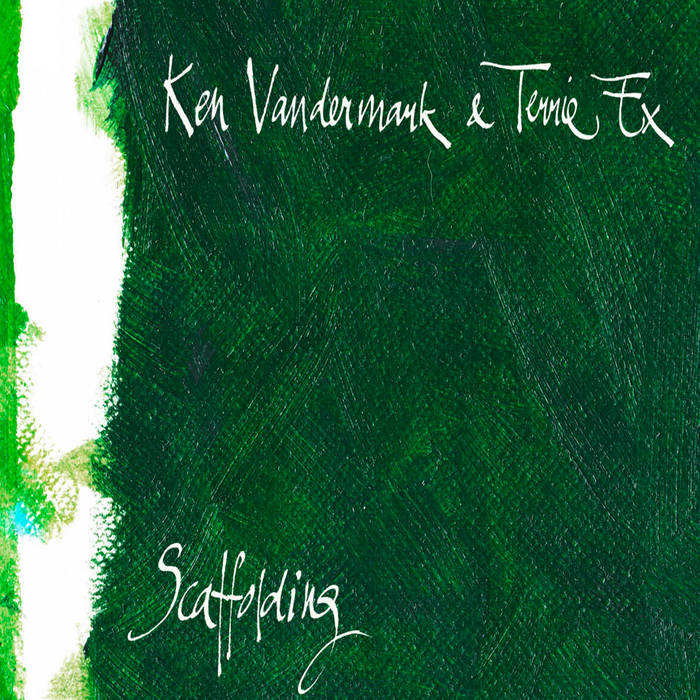 "these good friends somehow manage to find “seemingly incompatible tactics that somehow fit together.” The tactics, as the titles often suggest, are quite chaotic, and opt for muscular head-on collisions and jumpy cat-and-mouse games with a raw, in-your-face sound." -Eyal Hareuveni, Free Jazz Blog
—

"...Terrie was already bouncing towards Vandermark with a
drumstick and too much energy that he needed to get rid of urgently.
It was only a matter of seconds before the two gave their
all, in that strange combination of seemingly incompatible tactics
that somehow fit together. The rhythmic accents of Vandermark
were razor-sharp and turbulent, and were executed with
the same crackling energy that Hessels treated the strings with.
The interaction was jumpy, constantly on the move, with a strong
dash of humor (especially by an unleashed Hessels, who treated
his guitar and the stage with a hammer (!)), but also an instinctive
one; interaction that, despite enormous freedom, also led to a set
that was as short as it was consistent.” (Guy Peters).

Ken Vandermark (US) and Terrie Hessels (NL) have been playing together for years. For example, the Chicago reed player has been a guest with The Ex almost 100 times and the two are also part of Lean Left, an explosive improvising quartet with Andy Moor and Paal Nilssen-Love. It took them until 2014 before they went on stage for the first time as a duo. A dozen concerts followed on various international stages and now they present their first duo album, ‘Scaffolding’ (Terp).